Eating soil is an old and established culturally important practice in many places around the world. In many countries the action of eating earth and soil-like substances (geophagy) is a mean of spiritual cleansing amongst other benefits (cf. Pan de Dios in Guatemala). There are even restaurants that serve soil as food, such as in Japan. The practice of eating earth and soil-like substances is also promoted by influencers. Will soil consumption become more widely accepted or even develop into a ‘superfood’ practice? What would be the implications of this?

In this symposium, we will consider the possibility of “soil as superfood” with diverse considerations to contextualize the conversation, such as:

During the symposium we will dabble on the speculative idea of earth being a superfood through a privileged position, as in some areas, individuals do eat earth because the access to other types of food is scarce.

The moderation of the symposium is assured by masharu and Stephan Mantel.

*The consumption of earth is entirely at the risk of the participants. The organizing parties are not liable for damage resulting from the earth consumption.

The event is free, registration is necessary. 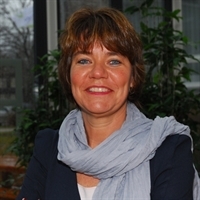